Half of spring fieldwork season at Operation Baltic ringing station has already passed. Hel station started the season on 21 March and Bukowo station on 24 March. The total number of ringed birds at Bukowo up to 20 April was 1760 and at Hel 2469. For comparison, in the same period of 2017 we ringed 918 and 1702 birds, respectively. It means that up till now the present spring season was quite successful, with much higher numbers of birds than in the last year. Although the very beginning of spring at Operation Baltic was cold (even snowy) and bird numbers were very poor, just after Easter the situation dramatically reversed, with bird numbers jumping from a dozen in one day to four hundred in the next. As usually in spring, the Robin was the dominant species at both stations.

One of the most unexpected species caught was the Stonechat, which is still not common in northern Poland, though increasing in numbers. At Hel Long-eared Owls and Sparrowhawks were regularly caught and even one Common Buzzard got a ring. But what thrilled us most was the return of three Balckcaps with geolocators, given to them in previous years – we hope that they will tell us something about their migration routes and winter sites.

Fieldwork at Hel will be conducted until 19 May and at Bukowo until 22 May. 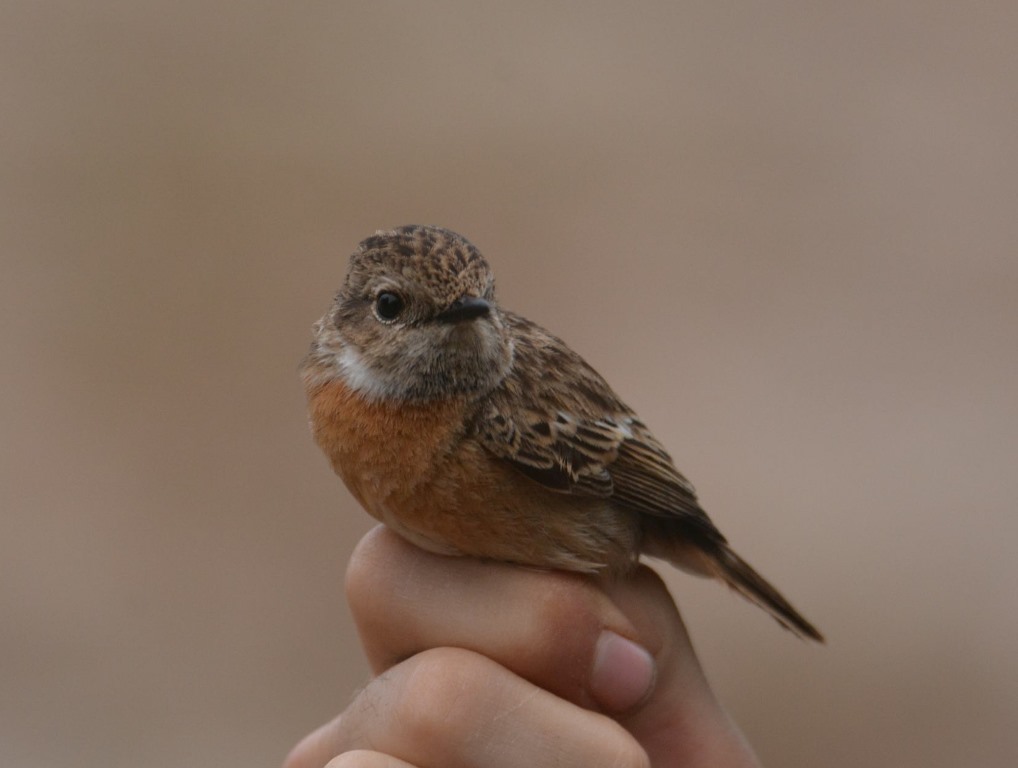 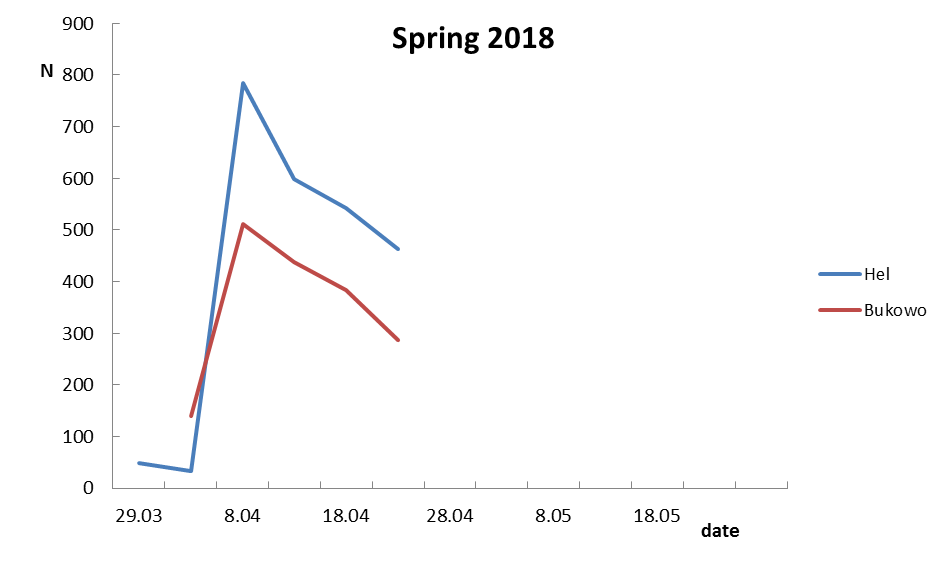