Press enter to begin your search

The history of the Bird Migration Research Station (BMRS) is largely the history of Professor Przemysław Busse. Not only did he identify our main fields of research 55 years ago, but he authored most of the 200 scientific articles the station has published since then. For most of its history, the station was a small unit of Professor Busse, at most one research assistant and a technical assistant. Only in 2004 did two research assistants and a few temporary staff join the team. Thanks to Professor Busse’s redoubtable determination this small team created a research station with a large library, published its own research journal, developed and ran an extensive research program, produced Msc and PhD graduates, and maintained a wide national and international network of renowned collaborators. But let us start at the beginning.

The Bird Migration Research Station is a research and teaching department in the faculty of biology at the University of Gdańsk in Poland. It was established as the Operation Baltic unit in the department of animal ecology on 1 October 1979 for Dr Busse, who moved to the University of Gdańsk from the Nicolaus Copernicus University in Toruń. Few specialist units were created for new assistant professors then, but Dr Busse brought to Gdańsk the already legendary Operation Baltic research project. From that day the longest-lasting network of bird ringing stations in the world has been associated with the University of Gdańsk. In 1981 Dr Busse was promoted to associate professor, and the Bird Migration Research Station was established soon afterwards. The station was based in the small village of Przebendowo, 60 km north-west of Gdańsk, where for 28 years a 19th-century mansion surrounded by a spectacular park inspired our working days – and many nights.

No history of the Bird Migration Research Station can ignore Operation Baltic. The idea behind the operation,  now obvious, was an innovative approach in 1960. Professor Busse, then a third-year biology student at the University of Warsaw, understood that studying bird migration at single station would yield limited results. Migration means movement, so the phenomenon was best studied simultaneously at a number of sites located along the birds’ migration routes. After a preliminary study in 1960, in 1961 a network of stations was launched along the Polish Baltic coast, of which three operate to this day: Mierzeja Wiślana, Bukowo-Kopań and Hel. Unsurprisingly, the network was soon dubbed Operation Baltic and continues to bear that name today.

The innovative methodology for fieldwork, invented and elaborated over 55 years, is today the standard in dozen countries. Bird Ringing Station Manual, written by Professor Busse and published by the University of Gdańsk (2000, 2015), has become the standard fieldwork manual at many bird research field stations throughout the world. Ian Newton’s The Migration Ecology of Birds, an authority for students of bird migration, describes the method for testing migrants’ directional preferences in Busse’s Cages as a standard for this type of research. The method was invented by Busse, and used by his students and volunteers at the Bird Migration Research Station. After a few modifications in 2000, the  New-Euring Coding Format, elaborated by Prof. Busse, is still ) the standard coding system for all Eurasian and African national ringing centres, and for the Euring Data Bank. Still, all these methods are just tools to gather and prepare scientific data on bird migration. Operation Baltic has collected more than 1,5 million records in its database of ringed and re-trapped birds. Each record includes more than 40 standardised measurements along with supplementary information. Thus the Bird Migration Research Station owns the world’s largest database of vertebrate measurements collected in a standardised way over more than half a century.

Until 2009, the station was also the editorial office for The Ring, an international research journal focused on bird migration studies and edited by Professor Busse. He retired from the university in 2007, when his PhD graduate Dr Jarosław K. Nowakowski took over his role. Prof. Busse continues his research and maintains his network of international collaborators, attends conferences and edits The Ring.

The station started its own migration in 2009. First the  offices moved in at the biology faculty  in Gdynia, then in 2012 moved again to the faculty of biology’s new building in Gdańsk at the university’s main campus in Oliwa. Here we have settled.

In 2013, Dr Magdalena Remisiewicz, another of Prof. Busse’s PhD graduates, was appointed as the new head of the Bird Migration Reseach Station. Her long-term collaboration with the University of Cape Town has extended the focus of our studies on Palearctic migrants into their southernmost winter quarters and many of our expeditions to South Africa are joined by international collaborators.

The station has been supported each year since 2011 by special funding from Poland’s Ministry of Science and Higher Education as a significant research facility for national and international research. This funding enables Operation Baltic to continue our programme of monitoring migrant birds while keeping pace with modern trends in ornithology and constantly developing and perfecting new methods. We serve as a national and international training centre in bird migration research, and consciously develop wide national and international teams of collaborators. In 2016 the station received a three-year research grant from the National Centre for Research and Development (NCBiR), in partnership with the Animal Demography Unit at the University of Cape Town, to build “an early warning system for biodiversity in the face of development and climate change” in both countries, with migrant birds serving as indicators of the effects of changing climate on biodiversity.

The Bird Migration Research Station is now located in the biology faculty’s new building on the main campus of the University of Gdansk. You will find us on the third floor of  block C in rooms C300-306. Standing at the reception counter downstairs, just look up for the peering orange eyes of a Long-eared Owl staring at you from the large poster in front of our office. We welcome anyone who wants to learn more about birds and their amazing migrations. 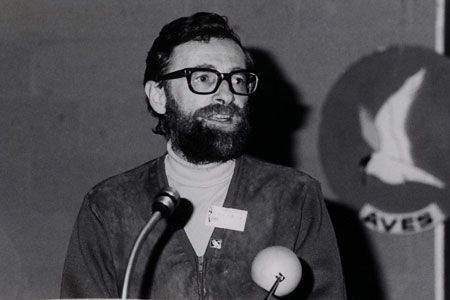 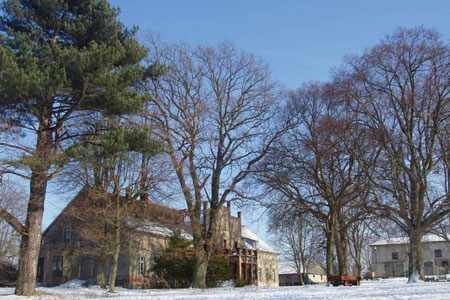 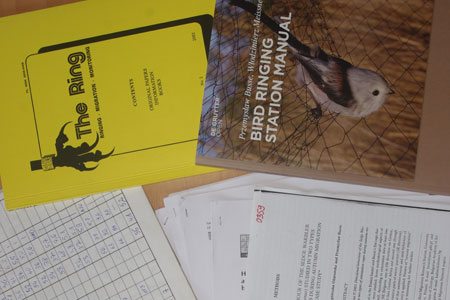 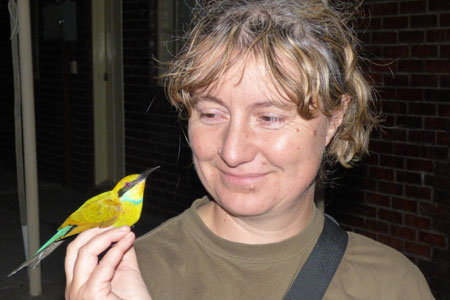