Sexual size dimorphism in the Blacksmith Lapwing, an African wader: our latest paper

The most recent paper by our team Sexual size dimorphism and sex determination in Blacksmith Lapwing Vanellus armatus (Burchell, 1822) (Charadriiformes: Charadriidae) has just been published in The European Zoological Journal, an international scientific journal.

The authors are Prof Włodzimierz Meissner, head of the Vertebrate Ecology and Zoology Department at the University of Gdańsk; Prof Magdalena Remisiewicz, head of the Bird Migration Research Station (BMRS), and Dr Lucyna Pilacka of the Polish Academy of Sciences’ ornithological station. The BMRS team helped to collect almost all the material, mostly at Barberspan Bird Sanctuary in South Africa, which we visited each year between 2008 and 2018.

This paper proves that the BMRS’s research is by no means limited to the passerines ringed at Operation Baltic’s field stations. The protagonist of this article is the Blacksmith Lapwing, a wader widespread in southern Africa that inhabits wetlands and lake shores. Its English name comes from its noisy metallic voice, sounding like a hammer hitting an anvil.

Over our many expeditions to South Africa, the authors ringed, measured and took blood samples from Blacksmith Lapwings for genetic sex determination. The article describes the limited sexual size dimorphism in this species and describes our barely successful attempts to tease out a method to determine their sex by morphometrics. Males are a little larger than females in most of the parameters we considered, but these small differences frequently overlapped females’ measurements.

Spur length, body size and tarsus length differed the most between sexes, but these differences were still insufficient to develop an efficient discriminant function that would allow field workers to sex most individuals correctly. Individuals with spurs of 14 mm or longer and with sharp ivory-coloured tips are males. But for the remaining birds genetic analyses are the safest way of determining their sex.

The full text of the paper is available HERE. 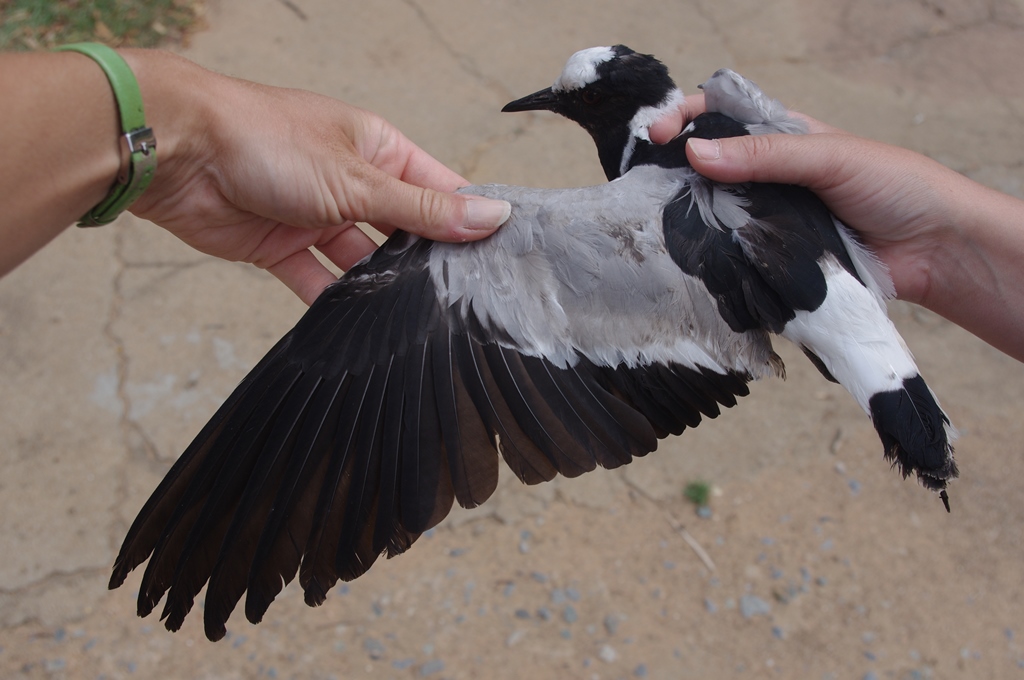 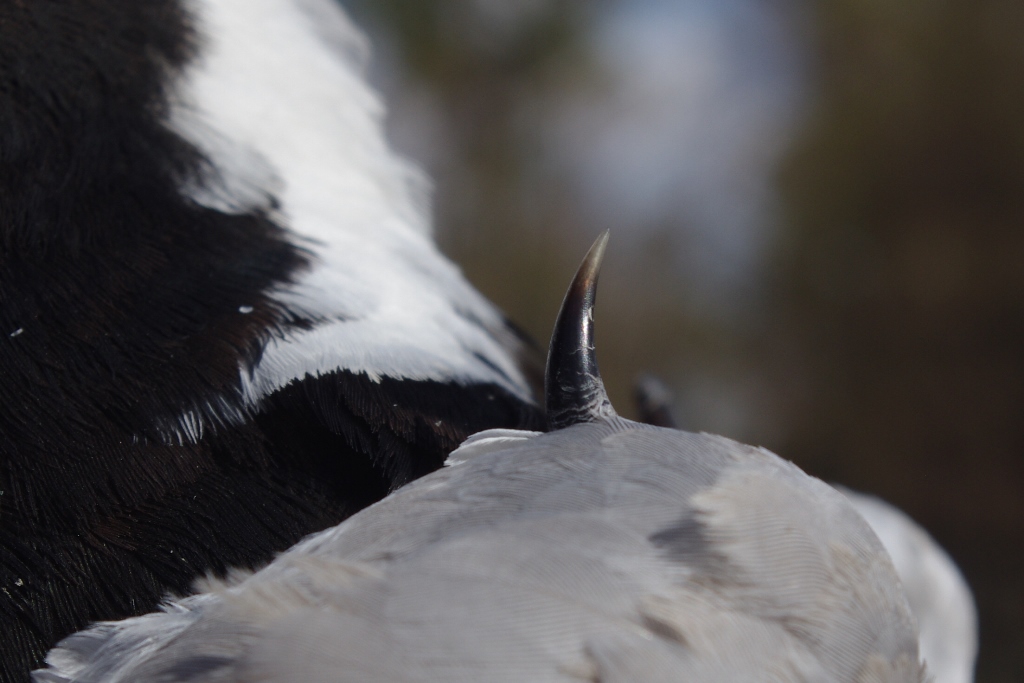 Blacksmith Lapwing and its spur on the wrist (photo: K. Stępniewska)