During the spring season in 2019 altogether 10 736 birds were ringed at Operation Baltic field ringing stations – 3634 at Bukowo (the highest spring score in current locality of the station, since 2012) and 7102 at Hel (third highest score for this station, since 1963). A remarkably intensive migration of the Robin was recorded, particularly in the third decade of April. On 25th April at Bukowo we ringed 514 birds, including 400 Robins, whereas on 26th April at Hel 1254 birds, including 1125 Robins, were ringed – this is the highest spring daily score in the history of Operation Baltic (since 1963). The total number of ringed Robins in the spring season was 1846 at Bukowo and 4673 at Hel, the latter being the highest number of Robins ever ringed at Operation Baltic at one station in one season. We also recorded exceptionally intensive migration of Song Thrush (603 ringed individuals) and Dunnock (102 ind.) at Hel. Our results indicate high survival rates of birds overwintering in Europe, due to a very mild winter. Quite high numbers were also recorded for some long-distance migrants, including Blackcap and Lesser Whitethroat. On the other hand, we ringed comparatively few individuals of early migrating species, mostly tits, for which most probably the peak of spring passage occurred before the beginning of the fieldwork season. Among 73 recorded species was the first Carrion Crow Corvus corone ringed at Operation Baltic (Hel), as well as the fourth Greenish Warbler Phylloscopus trochiloides (Bukowo). We recorded also 11 foreign recoveries form Lithuania, Sweden, Germany, Belgium and United Kingdom. Altogether 138 people took part in our work, including 4 from abroad (Spain, USA) – we are very grateful to all of them  for their help. 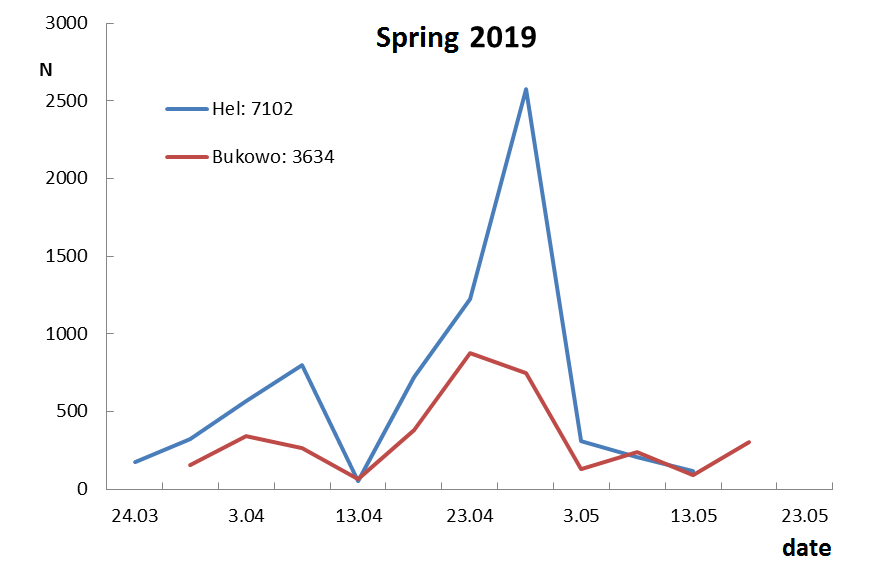 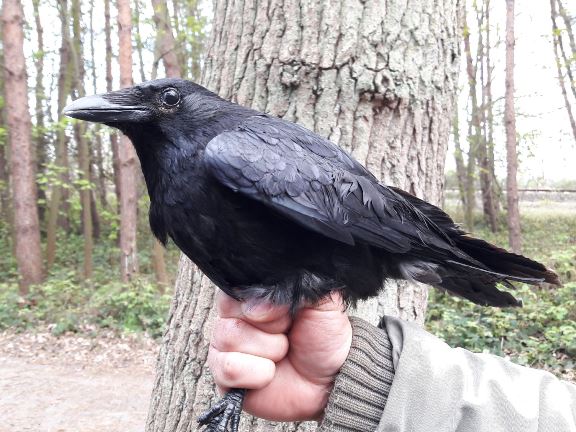