Autumn field season at Operation Baltic ringing stations turned out to be even more successful than autumn 2018, in terms of bird numbers. Altogether we ringed 29 170 birds (7104 more than in 2018) – 12 531 at Bukowo and 16 639 at Mierzeja Wiślana. At both stations these were the second highest scores for the current localities. Such high numbers were mostly due to a very intensive migration of short-distance migrants – the Long-tailed Tit at Bukowo and the Great Tit at Mierzeja Wiślana. Peak migration of the Long-tailed Tits at Bukowo occurred around half of October and the total number of ringed individuals was 4642, which is the second highest score in Operation Baltic history (since 1961). As for the Great Tits at Mierzeja, their first distinct influx occurred in the end of September, with the maximum around half of October. The total number of ringed birds, 9889, is also the second highest score for that species in our history. Comparatively high numbers were also recorded for the Chaffinch (612 ringed individuals) and Bearded Reedling (177 ind.) at Mierzeja, as well as for the Chiffchaff at Bukowo (185 ind.). Among the long-distance migrants, several species migrated more intensively than on average, particularly the Garden Warbler, the Sedge Warbler and the Pied Flycatcher. After exceptionally strong spring passage of the Robin and the Song Thrush, autumn numbers of those species at Bukowo were 30% higher than on average. On the other hand, at Mierzeja they were 15% (Robin) and 44% (Song Thrush) lower.

The total number of recorded species was 96, including several rare Siberian vagrants: the Red-flanked Bluetail Tarsiger cyanurus (fourth in the Operation Baltic history) and the Little Bunting Emberiza pusilla (tenth for OB) at Bukowo, as well as the Dusky Warbler Phylloscopus fuscatus (eighth for OB) and the Rustic Bunting Emberiza rustica (twenty-second for OB) at Mierzeja. Altogether 121 foreign recoveries were recorded, mostly from NE Europe (Lithuania, Russia, Estonia), but we also caught birds with rings from Czech Republic, Denmark or UK. Our fieldwork was supported by 141 people, who took part in our studies. Among them were 13 foreigners, coming from Mexico, USA, UK, Belgium and France. We are very grateful to all the ringers and volunteers for their help and effort. 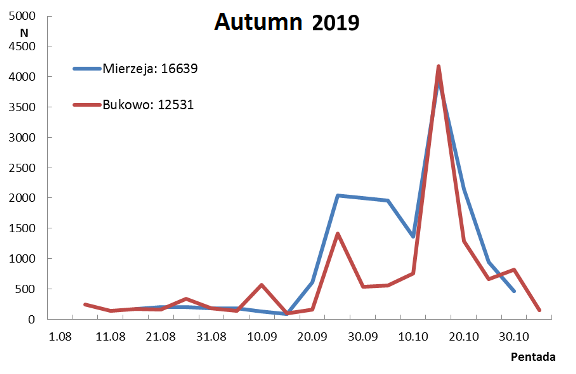 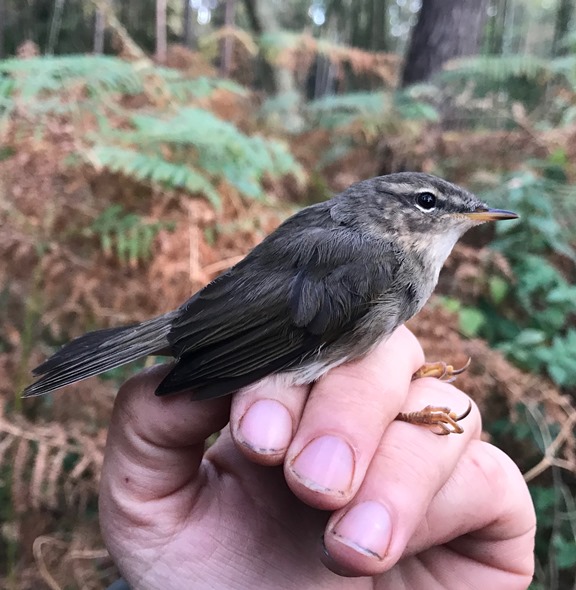 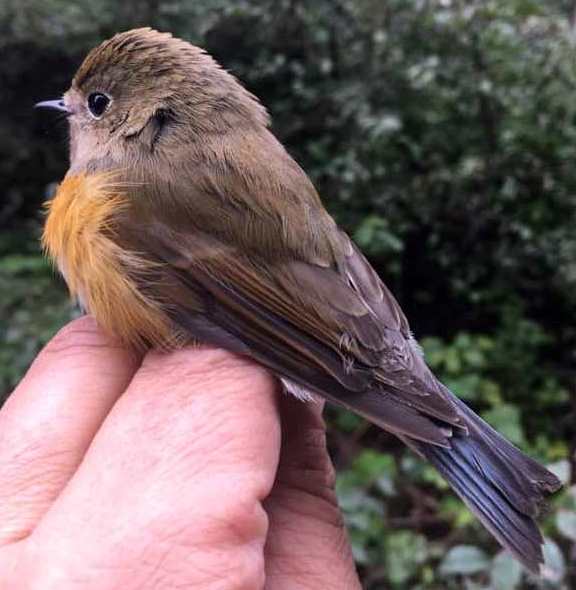