In autumn 2018 we recorded a much more intensive migration of passerines than in the last three years. Altogehter 21 938 individuals of 105 species were ringed at both stations (Bukowo – 9 482, Mierzeja Wiślana – 12 435), more than twice as many as in 2017. The strongest passage occured in October, when large numbers of short-distance migrants were caught, particularly Great Tits and Long-tailed Tits. At Bukowo the four most numerous species – Long-tailed Tit, Robin, Great Tit and Goldcrest – together constituted 70% of all birds caught. Almost 2000 Long-tailed Tits ringed is the 6th highest score for that species in Operation Baltic history. At Mierzeja the Great Tits dominated strongly (5022 ringed birds – 40% of all), but other species were presented in large numbers as well, including the Chaffinch (790 individuals ringed – the highest score in our history), the Song Thrush and the Common Redpoll. A new species was added to Operation Baltic list – the Shoveler Anas clypeata, ringed at Mierzeja. At Bukowo, on the other hand, we ringed a Red-flanked Bluetail Tarsiger cyanurus, which is a top rarity in Poland (3rd record for Operation Baltic and 10th for Poland). A large number of foreign recoveries was caught this autumn – 116, mostly form Lithuania and Russia, but there were also single birds from France and Spain (Penduline Tits). Altogehter 169 people participated in our studies, including visitors from USA, South Africa and Mexico. We express our gratitude to all the volunteers that helped us with the fieldwork. 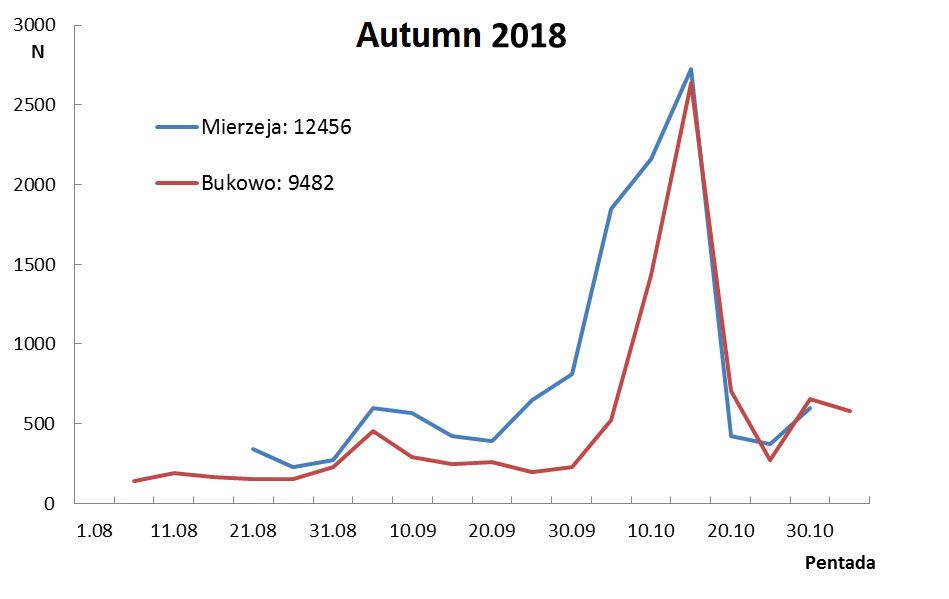 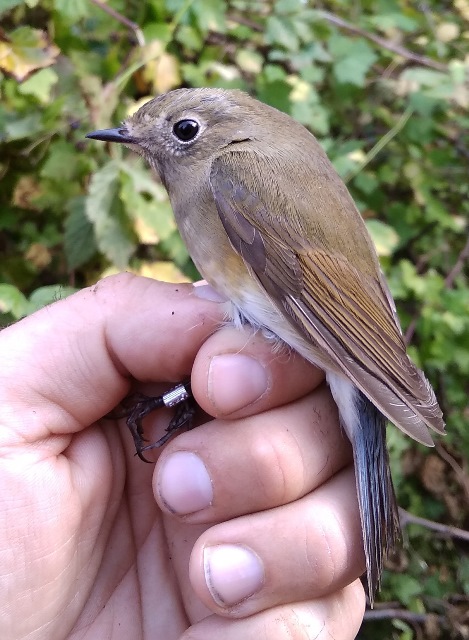